We’re 45 days into 2022 and the foodie community’s successes keep coming. The COVID-19 pandemic has put a strain on local businesses and the labor market, forcing several stores to transition or close altogether. Don’t worry, just as one door closes, another literally opens because restaurateurs still have hope in our little blue town by the big blue sea.

Here is a list of the most recent changes in Santa Barbara’s food and bev industry.

It’s a Valentine’s Day crush for beer lovers as Modern Times announces the closure of four of the eight tasting rooms. Santa Barbara is one of the halls of the chopping block with their spots in Los Angeles, Oakland and Portland.

The downtown location had the largest outdoor patio on State Street with over 30 faucets and a kitchen serving plant-based cuisine in a location shared with Shaker Mill and formerly Cubaneo but now Broad Street Oyster Co. in ” Kim’s Service Department” at 418 State Street. As one reader pointed out, the building is named after its former use as a gas station and after a local lady named Kim but whose last name remains a mystery.

“We wish there was another way to solve the financial problems we are currently facing, but we have been placed in a position – by the pandemic and the global decline of the craft beer industry – from which this extremely difficult path is the only way forward for us,” the brewery said in a Facebook post today.

In a more detailed blog post, the brewery announced that a management change brought attention to its financial troubles with notes of regret for expanding too quickly, too soon.

In a beer-loving town like this, it’s only a matter of time before another local brewery takes over this place, looking at you Mr. Special and Captain Fatty’s.

The go-to cafe in the Noleta Mall, known for its quirky street sign decor and classic ’90s cafe vibe, is closing after 25 years in business. Goleta Coffee Company, located at 177 S. Turnpike, will officially close on February 15.

According to a press release, they will be open from 7:00 a.m. to 7:00 p.m. to celebrate its last day and will hold a “special happy hour” from 3:00 p.m. to 7:00 p.m. for employees and customers. All proceeds from the day will be used to cover employee severance pay and many decorative items will also be available for purchase.

“We value our staff and believe offering severance, while not traditional in this industry, is the right thing to do,” said co-owner Stacy Rebich Hespanha. “We hope you will support our staff and celebrate our last day through this effort.”

However, this is not the complete end of the long-running coffee business as it will morph into a new concept, Loca Vivant Kitchen. This is apparently happening because the mall management chose Lighthouse Coffee to open in the mall.

“Although mall management has chosen a new cafe to operate in the Turnpike Center, we are optimistic and excited about the future of Loca Vivant Kitchen,” said Rebich Hespanha. “We value our customers and look forward to serving them through Loca Vivant Kitchen as a vegan and gluten-free wholesale bakery featuring locally grown prepared foods.”

When fully launched, Loca Vivant will be an employee ownership trust, meaning that the majority of profits will be distributed annually to employees and a smaller portion will be reinvested in the business and mission.

During the transition period, menu items will be available for pre-order for delivery or pickup at locations in Santa Barbara and Goleta. Once the wholesale kitchen is fully operational, LVK will offer its baked goods and menu items in collaboration with small local retailers. Check out their menu here: https://goletacoffeeandcafe-order.square.site

3. Running out of Chomps at the port? 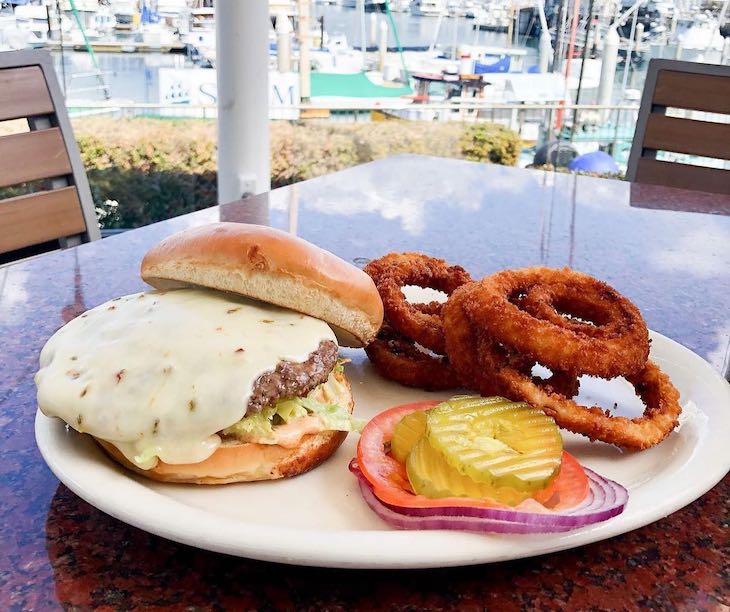 Chomp on the Rocks (courtesy photo)

In the fall of 2020, we reported that two new restaurants had taken over Chuck’s Waterfront Grill and Endless Summer Bar & Cafe at the Port of Santa Barbara. “SALTY at the Beach” took the roof and “CHOMP on the Rocks” took the ground floor.

CHOMP on the Rocks offered al fresco seating for 50 guests on its lower-level harbor-facing patio, designed in a retro-inspired modern take on a restaurant with black and white tiles, red leather booths and stools. He focused on family favorites like hamburgers, Nathan’s Famous hot dogs, traditional sandwiches, onion rings and chili fries. They will also be offering handmade shakes, malts, floats, sundaes and an old fashioned banana.

John Palminteri was the first to report this week that CHOMP on the Rocks is now permanently closed. SALTY at the Beach would still be open. 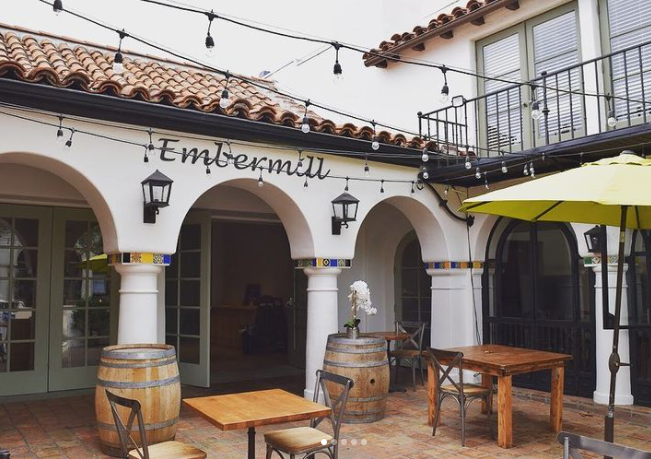 Embermill opened at 1031 State Street in the fall of 2019 and serves unique Caribbean cuisine with Chef Harold Welch at the helm. Jamaican jerk chicken, catfish, soft shell crab sandwiches and fried okra were on the menu, and wow, it tasted good. I’ve eaten there several times and I’m sad to see this place go…for now.

Chief Welch plans to move to another building by late spring and is in the works, but it won’t be on State Street, he says. According to John Dickson (The Restaurant Guy), Welch said the landlord at 1031 State Street raised his rent from $8,000 to $14,000 a month, so he was moving out.

The building is more recently the former home of the Italian restaurant Aldo and, further afield, the historic Copper Coffee Pot.

Here are some more notable updates to the local food scene that have happened over the past few months:

The fins: Much has already been written about the closure of this iconic Carpinteria establishment, but it deserves another mention. As long as you grill your own steaks in restaurants instead of at home, we will miss you.

Padaro Beach Grill: It reopened after a kitchen fire in December 2021.

With little Alex: Residents of Montecito were in turmoil after learning that their favorite Mexican restaurant was closing after 32 years. Edhat readers were furious and wrote to us that they suspected the mall had tossed the long-running restaurant in favor of a more “upscale” establishment to match their new brand image as Montecito. CountryMart. Whether this is true or not, we cannot say.

JJ’s dinner: Located at 413 State Street has closed. This location has housed many short term restaurants such as Onus Donuts, The Mex Authentic, Pace, Billies and Lettuce B. Frank. I had breakfast there once and the classic dinner food wasn’t bad but the coffee was. It’s hard to call yourself a diner with weak coffee.

Wingman Rodeo: This hot wing spot took over the kitchen inside the Neighborhood Bar on W. Montecito Street.

BBQ & Catering Beans: A tasty new barbecue opens at 1230 State Street next to the Brasil Arts Cafe. No opening date yet, but their social media page says it’s getting closer and they’ve started a GoFundMe to help with opening expenses.